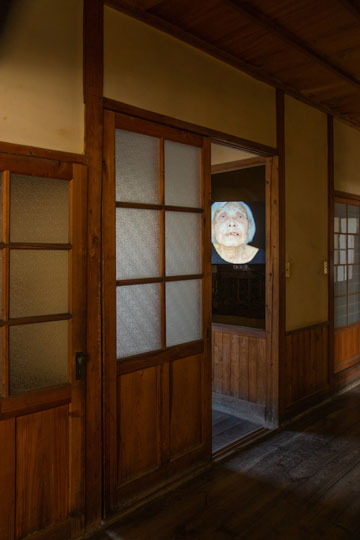 In this work, Yashima’s grandmother – a victim of atomic bomb radiation, sings the song “Umi Yukaba”. Umi Yukaba was played on the national radio right before they announced Japan’s defeat in 1945.

The music was written in 1937 by Kiyoshi Nobutoki . He was a son of a pastor and was inspired by Bach’s choral. The lyrics taken from Manyoshu- old collection of Japanese poetries are said to be related to the bible.